Zandvoort, 21 May, 2018 – The programme of the Jumbo Racing Days driven by Max Verstappen at Zandvoort, visited by a crowd of over 100,000 enthusiastic spectators included a triple-header of the FIA WTCR by Oscaro. The fourth race weekend of this competitive touring car series saw 27 cars on track for the three races spread out over the Pentecost weekend. For Tom Coronel, racing a Honda Civic Type R TCR run by Belgian team, Boutsen Ginion Racing, this was a genuine home race.

Everything was meticulously prepared, including a last-minute test session at the circuit of Zolder in Belgium. Nevertheless, the free practice sessions didn’t bring the intended results. Gearshift issues were solved and qualifying resulted into eighth place on the grid for the first race. In that race, the Dutchman managed to move up one position and thus finished in a creditable seventh place, his best FIA WTCR season result to date including the accompanying world cup points. The next qualifying session was scheduled for Monday morning and again, the differences in lap times were very small. Tom Coronel lacked the necessary little bit of luck when it mattered and eventually qualified in 22nd place. In the morning race, things were going well and he showed his competitive spirit, working his way up to finish 14th. For the third race, he again started from 22nd place. The Boutsen Ginion Racing technicians had brought the Civic back in excellent condition within the repair time that was available. Coronel made a good start, but at the exit of the Gerlach corner, his car got stuck between two others. Damage to the right front of the car was such that he completed the lap and parked his Honda in the pits, visibly disappointed.

Afterwards, Tom Coronel said: “This was a top weekend in every way. Of course, it is my home race, there are more than 100,000 spectators and many things you have to do for sponsors and fans, really great fun! But of course, there is a job to do for the team and for me as a driver. Fortunately, the Boutsen Ginion Racing people had everything organised really well and they gave me the time to do what I had to do in the between. Free practice sessions didn’t go very well due to a gearshift issue, but in qualifying, I was really competitive for the first time. A nice eighth place, which I think is where we belong. That is also making your position at the start a different one, meaning that you are racing for points straight away. A fantastic thing to experience and great that so many points came our way.

On Monday morning, track conditions were different, but we had everything well prepared. I was to do three runs, but on the first two, I had a lot of traffic on track and on the third run, I made a mistake myself. Then you see how small the time differences are, because I ended up 22nd on the grid for both races. In the first race, I had a good getaway and I had several nice battles and overtaking moves. I was able to benefit from my track knowledge and I made up eighth places in total. I was really able to race which brought a big smile on my face. During the race, the splitter on my car got damaged, so we made full use of the repair time in between the race to repair that. The start of the third race went well, but after the Gerlach corner, I wanted to go to the outside of the track and found somebody else trying to squeeze in. We tangled and damage was too big for me to continue. Too bad, because I would have liked to conclude the weekend with another good result. Now, we have a slight break in the calendar prior to the next round. Together, we will analyse the first part of the season and then prepare everything for the second part in a relaxed way. This weekend showed that we can be competitive, so that is where we start.” 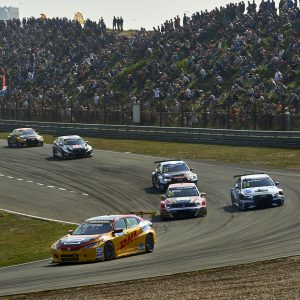 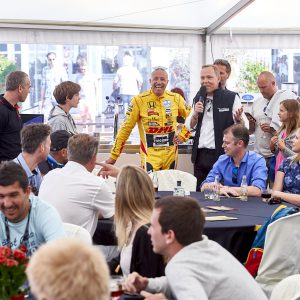 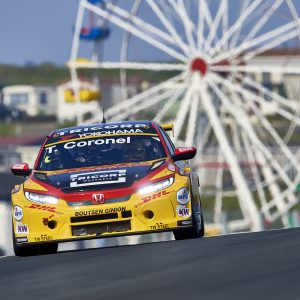 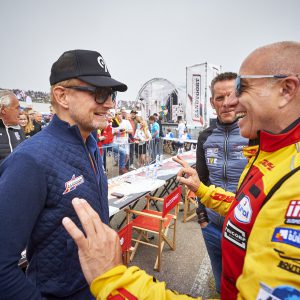 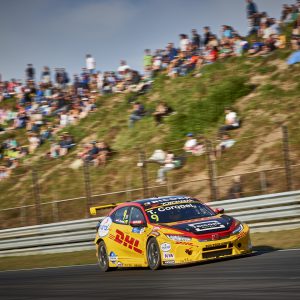