Budapest, 14 May, 2017 – The more than four kilometres long Hungaroring to the north-east of Budapest was the venue for round three of the 2017 FIA World Touring Car Championship. For Tom Coronel, who is competing in the FIA WTCC with the ROAL Motorsport Chevrolet RML Cruze, qualifying resulted into a pair of 13th places on the grid for the two races. A disappointment, as the driver said himself. The 45-year-old, who frequently had success in Hungary in the past, identified the handling of the car as one of the reasons. “The car didn’t respond the way I wanted it to,” he said. Enough reason to carry out changes on the set-up, together with his engineer Petro, throughout the weekend, with the aim at scoring top ten results and world championship points in both races.

Following the turmoil after the start, Tom Coronel soon found himself in tenth place in the Opening Race. On lap five, he moved up another position after an intense battle with Panis, but ninth place was all he could achieve. Race two was a similar affair. Once again, the Dutchman moved up into the top ten fairly quickly and stayed there, in spite of a safety car intervention in the early stages, eventually finishing ninth. Coronel even managed to hold off a last-gasp charge by Rob Huff just before the finish line. In the championship standings, Coronel currently is in tenth place with a total of 20 points.

Tom Coronel commented: “We came to Hungary with a lot of confidence. After all, we did well here last year and hoped to build on that. However, reality turned out to be different. The circuit has been resurfaced and where others were two seconds slower than last year, the difference was four seconds for us. We were unable to get the car up to speed and it just wouldn’t turn, so we kept searching for ways to improve, but we only had limited success. The result was only 13th place on the grid for both races. In the two races, I had my fair share of battles in the opening stages and quickly made my way into the top ten. We tried to limit the damage and to score some points. We also made a few more changes between the two races, which made the car handle a little bit better. At the end of the second race, Rob Huff still came really close. I understood that he was trying to make his way up again after a drive-through penalty, but I still managed to keep him at bay in the dash to the flag. We managed to keep the damage limited, we scored points again and now we are focussing on the next round.” 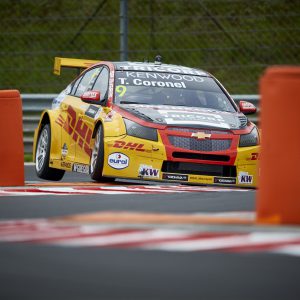 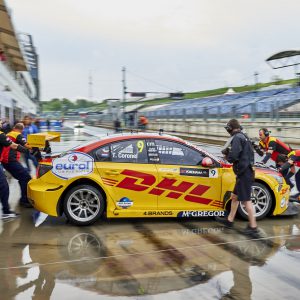 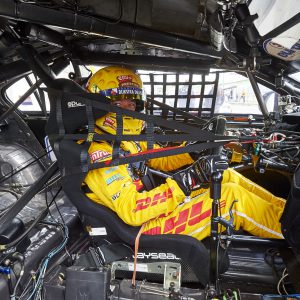 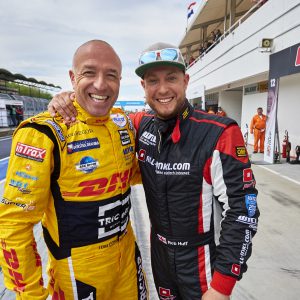 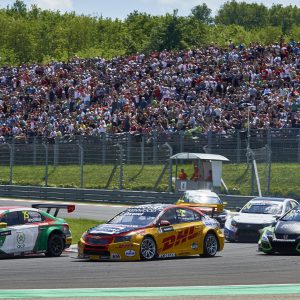 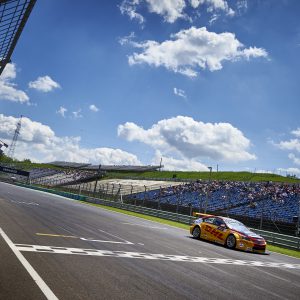 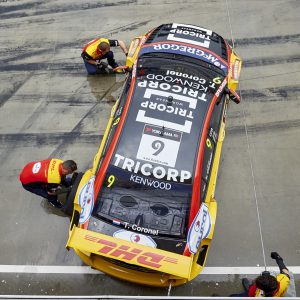