Budapest, 29 April, 2018 – The almost 4.4 kilometres long Hungaroring near Budapest served as the venue for the second race weekend of the FIA World Touring Car Cup (WTCR) by Oscaro. Tom Coronel was one of the 27 drivers in the strong and international field. This season, the Dutchman is racing a Honda Civic Type R TCR built by JAS Motorsport and run by Boutsen Ginion Racing.

Free practice and qualifying sessions revealed the Honda’s potential. Initially, the Dutchman was quite pleased with the performance. To enhance this even further, a different set-up was chosen, but this didn’t bring the required results. Next to twelfth place on the grid for race one, Coronel had to make do with a disappointing 21st place on the grid for the other two races. The first of the three races, held on Saturday afternoon, didn’t go as planned. The cockpit display showed warnings for too high temperatures and Coronel decided to bring his Honda back to the pits to prevent further damage. In hindsight, it turned out to be not so bad. On Sunday afternoon, the yellow-and-red Honda Civic took the start in both races. In the first race with a distance of twelve laps, Tom Coronel finished 20th. In the opening stages of the second race, the action at the back of the field looked like a bumper car ride at a fun fair. The Civic was hit several times and after the final impact, the wheels and the steering wheel were out of alignment in such a way that there was no point in trying to continue.

Tom Coronel: “Having scored my first world championship point in Morocco, we hoped to be able to score one or more points again this weekend. Unfortunately, we didn’t succeed. The car is good, we know that and my teammate was one of the drivers to show it. But you always want to get all the details right, every little thing matters. For my teammate, the team opted to turn left for the set-up and for me, the decision was to turn right. In hindsight, the first option turned out to be the better one. As a result, I wasn’t able to repeat my twelfth place and I dropped back to 21st on the grid. Way too far down for this car, but the intervals are small in this field and you lose many places when you lack just a little bit of speed. I had to deal with a lot of understeer and I wasn’t able to get the maximum out of the fresh tyres. Thanks to the good performance by my teammate Benjamin, we know which area we have to work on. The first race went quite well, but I got some warnings about the water and oil temperatures on my display, which was a bit confusing. I decided to avoid any risk and headed into the pits, only to find out that it would have been possible to continue.

In the first race on Sunday, I was well down on the grid and was unable to see the starting lights because of the rear spoiler on the car in front of me. Therefore, I reacted to the rest of the field and I kept up nicely. It wasn’t brilliant, though, and points were still far away. In the final race, I was in the mayhem. Several drivers hit me quite hard and at a certain point, the wheels and the steering wheel were bent in such a way that it no longer made sense to continue. Points are only given to the first ten and this time, these positions were very far away for me. Of course, I would have liked to score more points, but I also know how competitive it is. The differences are small and you have to be on the pace from the very first free practice session straight away. I have full confidence in the team and in the car, the results of the other Civics and those of my teammate show it as well. The next two rounds will be at venues where I am always particularly enjoying myself. Both at the Nürburgring and at Zandvoort, I really hope to have lady luck on my side and that I will manage to score points there. I will go for it!” 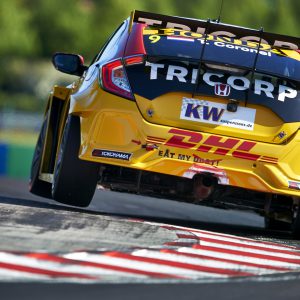 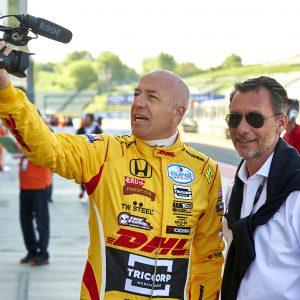 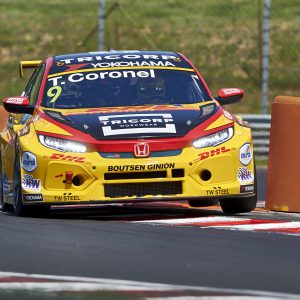 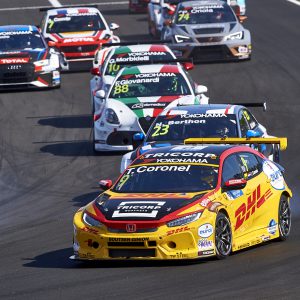 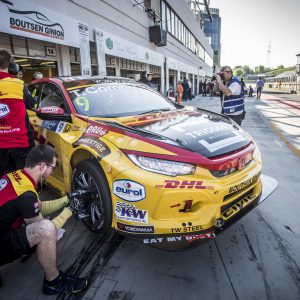 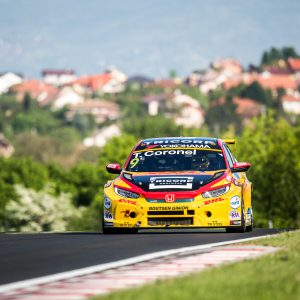 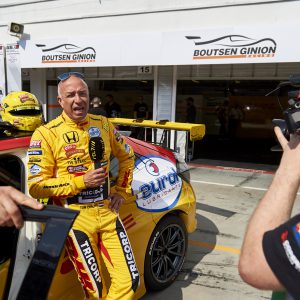