Tom Coronel gets a suitable nickname in 2019 FIA WTCR

There is another novelty next to the news that Tom Coronel will be racing a CUPRA in the FIA WTCR in the upcoming season. The series’ organisers have asked the drivers to come up with a nickname like in MotoGP (‘The Doctor’ for Valentino Rossi).

“Things like these are fun and for me, it wasn’t too difficult,” Tom Coronel explains. “For the transition from the WTCC to the current WTCR, the organisers produced a video in which I was referred to as ‘The Showman’. I can perfectly live with that. Actually, I am always in a positive mood, extravert and always in for some fun, albeit with a serious note and that is fitting as well. When you search a little bit further on Google for ‘The greatest showman’, you find somebody from a circus and there are plenty of similarities there as well. In my youth, I spent a lot of time with the people from the Toni Boltini circus. There, you find out that there is some serious work behind the laughs that are seen in public. And that is exactly what I mean. I still have a sweet spot for anything related with circuses. At home, I have several unicycles that I ride on quite often because I think that it helps you develop the ‘seat of your pants’ feeling, something that is very important in racing. Other things you will found at our house are a huge circus ball and a circus rope that I use to train the right balance. I am using juggle sticks for my eye-to-hand co-ordination, yet another thing that is crucial in racing. That explains the link to my nickname, but sure enough, we had to produce a trademark Tom Coronel video to go with it. As if it was planned, we found a huge circus tent and after having been granted permission, the videographer and I recorded the video there. As usual, the final result is available to watch on the various social media channels and I am curious to see what people think of it. By the way, we also combined the nickname with a new logo and the new starting number 50 to commemorate DHL’s 50th anniversary. These will also feature on my driver’s suit and in many of our marketing outlets this year.”

Currently, Tom Coronel and his Belgian team Comtoyou Racing are preparing for the upcoming FIA World Touring Car Cup (WTCR). Following initial test sessions with the CUPRA at his familiar Zandvoort circuit, Coronel and his team are now visiting other circuits in Europe to be well prepared for the first races of the season. These are scheduled to take place in Marrakech in Morocco, 5-7 April. 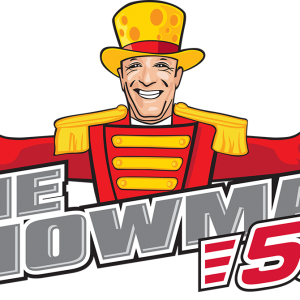 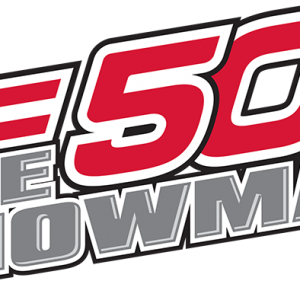